Taylor ISD Athletics has updated the current Athletic Lettering Policy. This policy has been revised to better serve the student athletes of Taylor High School and to encourage their continued efforts to excel in athletics. It is our hope that this policy will challenge and reward the efforts of those students who choose to participate in the athletic programs offered by Taylor ISD, and that upon receiving this award, they may gain a sense of pride and accomplishment. This policy will also be retroactive to include those students who would currently meet the requirements set forth by this updated policy.


We would encourage any student that feels they have met the requirements of this updated policy to contact the Athletic Department so that we may verify that the guidelines of the policy have been met by the athlete.

Taylor Duck Tennis News
The Taylor Duck Tennis had a great day at the Robison Invitational Tournament in Waco last Friday.
MIxed Doubles team Trey Boles and Raven O'Bier breezed through the Div II draw defeating Bryan High 8-5 and  Groesbeck 8-0. They fell short of Liberty Hill in the Semi-final match 5-8.
Girls Doubles, Cecilia Parker/Jacquelin Glenn, fell short in the first round Div II after a back and forth battle with Palestine 7-9.
We had two boys teams represent Taylor in the Div II Doubles draw.  Trent Wuesche/Troy Glenn and Caleb Nunamaker/Jackson Schroeder all advanced to the Consolation Semi-finals.  Nunamaker/Schroeder went on to medal on the back draw winning their Consolation Finals match 6-3.
In Boys Singles, freshman Hayden St Clair battled out with North Crowley in a 8-8 tie-breaker match advancing to the quarterfinals in the Div II draw.
Ryan Kennick dominated Div I Boys Singles eliminating Palestine 8-5, Brock 8-4, Midway 9-8 (7-5) and Bryan High (8-5) for the First place medal two consecutive weeks in tournament play.
"This kid has heart, determination and skill".  "There are numerous opportunities to let up or back down in a match, but Ryan has such a competitive drive that he never quits" There were three deuce games in the Semi-final match against #1 seed Midway that Kennick lost, but like
I said he just stays in there and keeps fighting... keeps wearing them down."
Duck Tennis travels to Copperas Cove next Friday February 14 for the Varsity Dawg Classic. 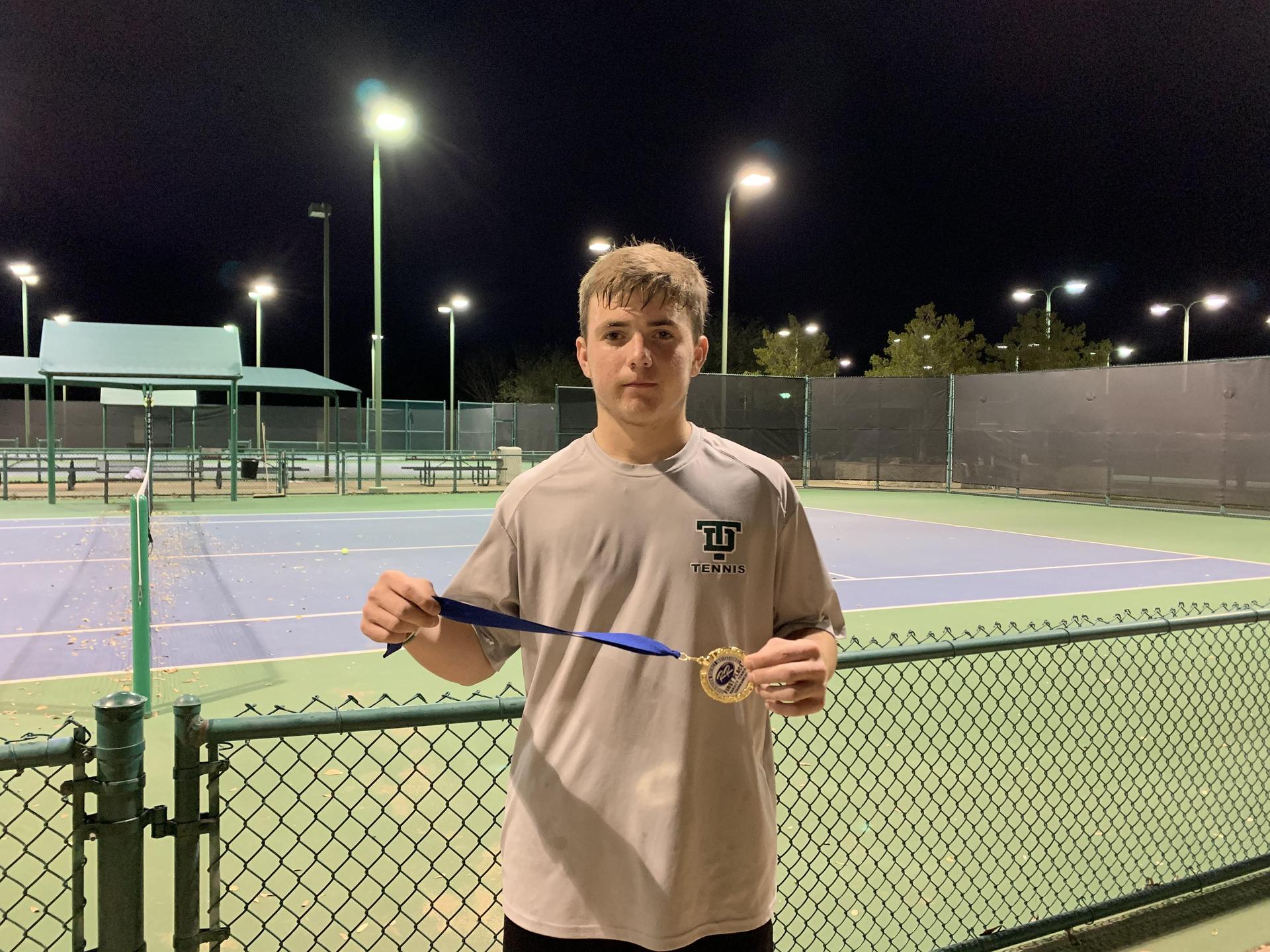 Welcome to the Taylor ISD Athletics website.  We hope you find what you need.  If you ever need assistance please contact us using the links on the right.
For students traveling with a parent before or after a competition, the Post Activity Student Release form must be completed and approved by the athletic director or principal in addition to the coach.  Use Adobe Acrobat to electronically sign the form.
Submit completed form HERE.